You should always read to understand... 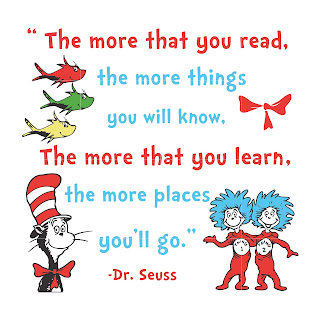 ...BEFORE, you sign your "John Hancock" to the bottom line.

I recently sent a FOIL request to the town clerk's office:

"I would like to FOIL any and all documentation, whether signed or unsigned, for the “borrowing” from Adirondack Bank in connection with the five (5) bond anticipation note resolutions adopted by the town board on December 18, 2019."

In return, I received a lot of documentation in four (4) separate attachments.

After reviewing the documents, I found it interesting that there actually was no documentation that would lead one to believe that Fiscal Advisors had ever been made aware of the almost $3.3 million borrowing.
The only documentation between the town finance office and Fiscal Advisors was an email dated June 4, 2020 which referred to the February 2019 borrowing for the town hall, among other items; nothing referring to the February 2020 borrowing through Adirondack Bank.

Perhaps that would explain why Fiscal Advisors never included the information in their June 30, 2020 Financial Disclosure to the Municipal Securities Rulemaking Board (MSBR).

I also noticed that a document titled "ARBITRAGE CERTIFICATE" ,which was signed and agreed to by Paul Miscione was included.  It states in part:

(a) not use any of the original or investment proceeds of the Obligation to,

(i) make loans (including loans made pursuant to financing leases, installment sale agreements or other similar types of contractual arrangements),

(ii) finance facilities that will be sold or leased, or

Does Miscione understand what he signed?

Then there was also a document titled "Tax Compliance Guidelines", again agreed to and signed by Paul Miscione, which states in part:

"These guidelines (the "Guidelines") are adopted by the Town of New Hartford (the "Issuer") to ensure that interest on tax-exempt governmental bonds of the Issuer (the "Bonds") remains excludable from gross income under Section 103 of the Internal Revenue Code of 1986 (the "Code")."

"No Bond-financed Asset will be sold, leased or transferred by the Asset Managers without prior approval by Bond Counsel and the Designated Tax Compliance Official."

Private business use...where have we heard that before? Maybe on this blog and in several emails sent to Miscione and more than likely scrutinized by the town attorney prior to my posting blogs on the subject.

I guess the question that should be asked is "Perchance, has the town recently sold or leased any assets that are still bond-financed without seeking approval of bond counsel?"

Why would anyone sign official documents that indebt the town for millions of dollars and either not comply or not understand what they are signing.

Where are the town board members and town attorney?   Perhaps, they should revisit having Miscione do the town's finances on his own!
Just maybe, they should wake up and take part in the town's business transactions as if they were complicit in anything that Miscione does whether right or wrong...because they are!

Here is a pdf with all the documentation I received from my FOIL request for anyone who is interested.