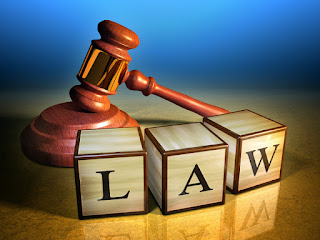 While I have written to Miscione several times (and I am sure Cully has been privy to all my emails) regarding the sale of bonded equipment and/or funds received from federal and/or state grants, it is very probable that they don't believe what I say (or maybe they just don't care what I say...whatever!).

Perhaps, if I cite a page from a 2015 project of NY Conference of Mayors (NYSCOM), they will heed my advice.
While NYSCOM's handbook refers to villages, General Municipal Law which is referenced in this section applies to all municipalities; towns, villages, schools, etc.  Therefore, the law applies not only to villages, but also to the Town of New Hartford, NY.
So, here we go...from page 163 SECTION 15.16 of a handbook prepared by New York State Conference of Mayors and Municipal Officials in 2015:

Mandatory Reserve Fund Creation and Use.

Pursuant to General Municipal Law § 6-l, a mandatory reserve fund must be established by the board of trustees upon the cash sale by the village of a capital improvement (as defined in Section 6-c) which had been purchased through the issuance of obligations pursuant to the Local Finance Law, when all or part of the indebtedness is outstanding at the time of the sale.

Additionally, any State or federal aid received on account of the capital improvement, after the sale of such an improvement, must be deposited in the mandatory reserve fund to the extent it is not required to be applied to retire indebtedness issued in anticipation of such aid.

Referendum. There are no referendum requirements.

Use of Fund Balances. If the proceeds from the sale and such State or federal aid received exceed the aggregate amount of principal (not including interest) due on the outstanding obligations, the excess may be used for any lawful village purpose.

What this means is that besides consulting with bond counsel, if a piece of equipment is sold and it still has outstanding principal debt, the money cannot be used for any other town purpose other than to retire said debt on that particular piece of equipment.

So...if perchance, let's just say a piece of equipment that still had outstanding debt was currently being sold, the town board would need to adopt a resolution at the next town board meeting to create a Mandatory Reserve Fund to hold the proceeds of the sale.
Since the town supervisor has stretched out the debt payments until 2042 and he cannot make a lump sum payment to retire the debt until at least 2027 which is the first call date of the bond issue, that reserve fund money would need to be accounted for in town financials until the debt was paid in full or the entire proceeds were expended, whichever comes first..

In the case of equipment purchased with state/federal grants, as soon as the money is received from the state/federal government, it must be held in another separate Mandatory Reserve account for each item purchased by monies received from the grant and only spent to pay down the outstanding debt on each particular equipment purchase that was bonded to meet the criteria of the grant.

Each piece of equipment that is sold or obtained by a state or federal grant must be accounted for in a separate mandatory reserve fund.  Plus, those mandatory reserves should show up as a source of revenue in every adopted budget thereafter until the debt is retired starting with the 2021 budget...that is, if the equipment was actually being sold right now.
Just saying, my friends.  It's the law...according to NYSCOM!