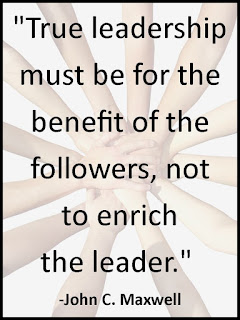 NYSERDA has a lot of useful information regarding updating a municipality’s solar zoning law.

In reviewing solar energy documentation found on their website, I am wondering if our “new” "proposed" solar law is not in need of some further clarification and updating.

Along with telling residents exactly what is meant by “in those zoning districts which are designated by New Hartford Town Board”, there is nothing in our proposed zoning code that addresses the possibility of decommissioning. Shouldn’t our solar law include an understanding as to who is responsible for returning the land to its pre-solar energy status if the solar project is abandoned lest we be stuck with a pile of junk?

The above link to NYSERDA also includes a Model Solar Energy Local Law; there is even a link to a “workable” document provided to use in updating a municipality's solar law.

Among the documentation provided by NYSERDA is a recommendation to:


“…consider taking action on the comprehensive plan update at the same time it considers adoption of local laws and/or regulations for solar energy projects.”

According to minutes from the August 15, 2018 town board meeting:

Supervisor Miscione is working on a solar grant and the Town’s solar energy regulations are in the Zoning Law which, along with the Town’s Comprehensive Plan, would need to be amended to comply with the NYSERDA model solar energy law, with a deadline date of September 30, 2018. The Codes Enforcement Officer has been delegated the task of critiquing the language, together with the Town Attorney. Further, the Town Clerk and Town Attorney stated the Town would be working with a limited timeframe as these matters are subject to SEQR. The Town Supervisor stated if the project isn’t done by September 30, 2018, the Town loses the opportunity to submit a grant application in 2018 and would have to wait until 2019 to submit a grant application.

(RESOLUTION NO. 318 OF 2018)
RESOLVED, that the New Hartford Town Board does hereby authorize the update of the Town’s Comprehensive Plan and Zoning Law of 2014 with regard to making those documents comply with the New York State Energy Research and Development Agency (NYSERDA) solar law.

The Board then voted upon roll call:”

And, of course, it was unanimously adopted!  Guess we can probably assume everyone on the town board knew (and knows) what is required prior to updating a solar law to meet NYSERDA standards.

So, what has changed?

So the timeframe in 2014 was immediate; in 2018 the 2014 Comprehensive Plan "needed to be amended to comply with the NYSERDA model solar energy law" and it was so adopted and authorized by Resolution 318 of 2018; and now, in 2020, there is no need to update the Comprehensive Plan?  Yet, the need to update the town's solar zoning laws appears to be critical...so critical that there was no time to comply with NYS Town Law regarding the timing between the legal notice and the public hearing?  Really?

New York State Law requires that zoning be adopted in accordance with a well-considered comprehensive plan to insure that the local law bears a reasonable relation between the end sought to be achieved by the regulation and the means used to achieve that end.

In reviewing excerpts from NYS Town Law Section 272-A Town comprehensive plan, we find that:


1.(e) The participation of citizens in an open, responsible and flexible planning process is essential to the designing of the optimum town comprehensive plan.

The proposed solar energy law is no more in accordance with our 2014 Comprehensive Plan than it was on August 15, 2018; nor have town residents been included in the process! Here is a pdf of the entire section of NYS Town Law.

So what gives? Why is Miscione now seemingly "pushing" this legislation particularly with the "hidden" inclusion of the leeway given to the town board in designating particular "unnamed" areas where large solar energy systems can be located?

And why is the rest of the town board seemingly so “disconnected” allowing the discussion to take place apparently behind closed doors? I know the public has not been involved...has anyone else been involved up to this point?

What is Miscione’s end goal?


One can only wonder given some of the other things we have seem during Miscione’s reign. It seems like only yesterday that Miscione was campaigning by saying:


“we need to design our town zoning codes to encourage responsible growth in both our residential and commercial neighborhoods. “

Speaking of town board minutes...where the HELL are they?