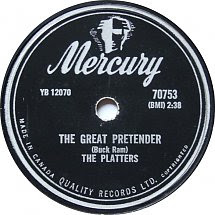 Given the recent public hearing on the proposed solar law that was held contrary to NYS Town Law and our own Town Codes, I was curious how many times updating the town's 2014 Comprehensive Plan was the subject of a town board resolution since Miscione became town supervisor in 2018.

Also, given the fact that the proposed solar law seemed to have a "camouflaged" section that gave the town board "discretion" as to where large solar energy systems could be located..quite unusual language when comparing to other town's solar code...it deserves some investigation as to the facts.

After some discussion, the following Resolution was introduced for adoption and seconded by Councilman Cittadino:

WHEREAS, the Town of New Hartford receives a variety of inquiries about land use requests, many of which are denied; and

WHEREAS, it has been nearly four (4) years since the Town updated its Comprehensive Plan and Zoning Law (text and map);

NOW, THEREFORE, BE IT RESOLVED

that the Town Board does hereby authorize the Town Supervisor to advertise in the Observer Dispatch, the Town Crier, and online that the Town is interested in creating a committee of Town residents to address codes and zoning issues, to include one representative from each of the Planning Board and the Zoning Board of Appeals.

Supervisor Miscione is working on a solar grant and the Town’s solar energy regulations are in the Zoning Law which, along with the Town’s Comprehensive Plan, would need to be amended to comply with the NYSERDA model solar energy law, with a deadline date of September 30, 2018. The Codes Enforcement Officer has been delegated the task of critiquing the language, together with the Town Attorney. Further, the Town Clerk and Town Attorney stated the Town would be working with a limited timeframe as these matters are subject to SEQR. The Town Supervisor stated if the project isn’t done by September 30, 2018, the Town loses the opportunity to submit a grant application in 2018 and would have to wait until 2019 to submit a grant application.

RESOLVED, that the New Hartford Town Board does hereby authorize the update of the Town’s Comprehensive Plan and Zoning Law of 2014 with regard to making those documents comply with the New York State Energy Research and Development Agency (NYSERDA) solar law.

In light of the Town being named a Climate Smart Community (CSC), the Town Attorney discussed the proposed update of the Town’s Comprehensive Plan to incorporate climate smart goals with emphasis on promoting flood prevention strategies, recycling, decreasing energy, etc.; however, the Town’s Code and Comprehensive need to be updated and should be every five (5) years.

RESOLVED, that the New Hartford Town Board does hereby wish to go forward with updating the Town’s 2014 Comprehensive Plan to include climate smart goals, the text of which has already been prepared and the Town Board will review for possible future action.

Solar Farm(s) The Town Supervisor and Town Attorney have conducted some research on solar farms, particularly large scale farms and one for the Town’s use itself at or in Sherrillbrook Park, with other sites in mind such as behind the Jedediah Sanger Garage off New Hartford Street and/or other land that the Town owns on Middle Settlement Road (aka NYS Route 5B). The Town’s Zoning Law adopted in June 2014 would have to be amended, subject to a Public Hearing, and reviewed with the Town’s Comprehensive Plan. It was noted that the three sites are all previously designated “dump” sites, and that buffering would be required for the general public. The Town Attorney expects to have a final draft of the legislation to be available very shortly. No action was taken at this time.

Bottom line, my friends, it is well established by the town's own minutes of meetings that the town supervisor; the town board; and our notorious town attorney are all very well aware of the requirements for enacting a solar energy law yet they tried to adopt legislation giving them great latitude as to where the large-scale systems can be located and did so with only five (5) days notice to the public.

According to the August 5, 2018 minutes, the text of the Comprehensive Plan Update has already been prepared.  Who wrote the text; what are their qualifications; and when are they going to "share" it with town residents?  Were any town residents involved in the updating of "the Plan" as is the norm in other towns or did Miscione one again nominate himself as the "chief cook and bottle washer"?

The town board seems to have forgotten that while they may very well believe that the "Washington Mills Athletic Park and Town owned lands adjacent to Sherrillbrook Park Rt. 12" are "useless dump sites", I will guarantee you that New York Parks, Recreation & Historic Preservation will have a different take on the subject and will require alienation and/or conversion prior to one (1) shovel being put in the ground just as they did with the cell tower in Sherrillbrook Park!

And how is the Climate Smart Committee doing? According to NYS, NONE of the criteria that is required to apply for available grants has been submitted by Miscione and just where would we find the minutes of the committee as required by law? Weren't they supposed to be only one (1) year appointments? Are they even meeting any more or did Miscione appoint himself for that job too?