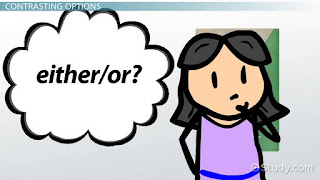 As we wrote a couple of days ago, the town board announced that they will be holding a public hearing on July 29, 2020 and according to a phone conversation we had with the town clerk's office, the town finally decided to obey the Governor's Executive Order; the meeting is now going to be broadcast on Zoom.

Besides the fact that the town has yet to notify the public how they can attend the Zoom meeting, there is one other little problem...when was the town board meeting held to set the time and place of that public hearing as required by the Town of New Hartford Code Section 118-134?

A. Public notice and hearing. The Town Board, by resolution adopted at a stated meeting, shall fix the time and place of a public hearing on the proposed amendment and cause notice thereof to be given as follows:

(1) By publishing a notice at least 10 calendar days prior to the time of such hearing in the official newspaper of the Town, specifying:

(a) The nature of the proposed amendment.

(b) The land or district affected.

(c) The date, time and place where the public hearing shall take place.

So basically, that only leaves two (2) possibilities:

EITHER...the town board did not follow their own local law mandating that a board meeting first be held to adopt a resolution calling for the public hearing...

OR... the town board met behind closed doors to discuss town business where upon they adopted a resolution to hold a July 29th public hearing.

Can't be both, so could we have a copy of the dated and numbered town board resolution with the "ayes" and "nays" included?

People, try to put up a 6 foot fence in your front yard without first going to the Zoning Board of Appeals asking for a variance and see how fast our "local leaders" (and I use that term loosely) know and enforce the town's local zoning laws.

When dd Miscione become the King of the Town of New Hartford. Did we miss that edict or was the proclamation ceremony only held in Miscione's dreams?

If only we had a town attorney...